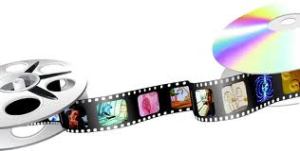 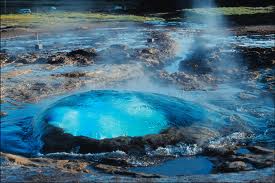 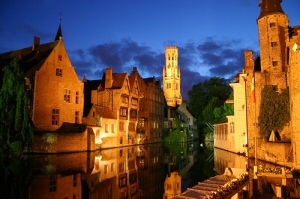 The project seeks to facilitate the personal development of two young people from different countries through a 9 months voluntary service in a project aimed at mental health promotion for the local community of Cluj-Napoca, Romania.

 To help participants gain a better understanding of themselves, of society and of Europe.

 To foster the development of communication, learning, social and cultural competencies and of a sense of initiative in the participants.

 To empower members of the local community in Cluj-Napoca in mantaining and improving their mental health.

 To facilitate intercultural learning among members of the hosting organization.

 The volunteers will be involved in the following types of activities:

 Public campagins and other visibility activities for the project, the host organization and the Youth in Action programme,

 Leading trainings for the members of the host organization and/or other young people from the community,

 Photo and video documentation of the service,

 Social activities with the elderly,

 Writing and coordinating projects on mental health topics, based on their own ideas.

Profile of the volunteers

 Motivated to develop competencies in the mental health field,

 Willing to learn and to develop oneself.

Should the project be approved, the service will take place between the 1st of March– 30th of November 2014, in Cluj-Napoca, Romania.

Our organization was established in 2010 and boasts an enthuziastic team of volunteers. Its main goal is to promote mental health among local community members through mental health education, support for persons with mental health problems, and psychological optimization.

Some of our regular activities are :

 The Center for the Mind, offering psychological counseling and psychotherapy for people with mental health problems and monthly information sessions,

 Recreational and socialization activities for children in the Cluj Children’s Psychiat-ric Hospital,

For more information on our organization and activities, please visit our website at http://www.minteforte.ro.

If you are interested in becoming a partner in this project, please fill in part III of the attached form and send it to dumitrita.simion@minteforte.ro by the 25th of September 2013.

Erasmus+ is the new EU programme 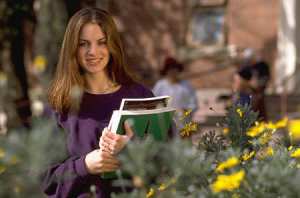 ACTION 3.1 (TRAINING COURSE) PROJECT “UNLOCK YOUR CREATIVITY: BE ENTREPRENEUR”
27 SEPTEMBER- 3 OCTOBER 2013, ÇIRALI “OLYMPOS”/ANTALYA (TURKIYE)
“Unlock Your Creativity: Be Entrepreneur” will be organised in Çıralı “Olympos Ancient
City”/Antalya (Turkiye) on 27 September- 3 October 2013 by participation of organisations
from 12 countries. (Armenia, Albania, Georgia, Bulgaria, Hungary, Poland, Romania, Spain,
Lithuania, Russia and Turkiye). Each partner organization will have 2 participants for this
training course. The hosting organisation will be International Relations Studies of Turkey.
There is no age limit for participants who will take part in this training course.
The training course “Unlock your creativity: Be Entrepreneur” is developed with the motto
that “a goal of every living creature is to break out of the box.”
Creative entrepreneurship is a path to stimulate young people’s spirit of initiative, their
ability to think imaginatively and originally, their readiness to take risk in order to achieve
economic, political, social or environmental goals.
During the six days training course we will implement activities and exercises that strengthen
some of these basic creative entrepreneurship competence: team-building, facilitation,
communication, intercultural competence and creative thinking skills.
We will explore why creative thinking is considered a core entrepreneurship skill and
enhance participants’ power as entrepreneurs by increasing their ability to think creatively.
The training course will contribute not only to the personal development of the participants,
but also promote exchange of best practices and establishment of new connections among
all over the Europe.
FINANCIAL CONDITIONS
%70 of transportation costs of all participants will be covered by project budget. So all
participants (by their partner organisation) will have to buy their tickets from home to Çıralı “Olympos Ancient City” (Turkiye) and we will pay %70 of it during project activities by cash.
During project we will host you in complex which is one of the most famous pension in
Olympos Ancient City “Olympos Captain Eudemos Pansion” with its charming bungalows.
You can find more information about Project Venue and hosting place below.
https://www.facebook.com/captain.eudemos46?fref=ts
http://en.wikipedia.org/wiki/Olympos_(Lycia)
All costs related to accomodation, and food (3 meals per day “breakfast, lunch, supper” &
coffee breaks) will be covered by project budget as well. Limits of transportation costs for
partner countries are:

Don’t forget to bring invoices of your tickets, since we can not reimburse anything without
documentation. Boarding passes are also very important as well.
TRANSPORTATION
Antalya is easy to reach from all around Europe since it is one of the most important city in
Turkiye with developed touristic facilities. You can find direct flights from Istanbul and
Ankara easily. (3-5 flights per day). You can also try to transit via İzmir if it will be necessary
as well since you have opportunity to use buses. You can check tickets and flights from
http://www.thy.com, http://www.sunexpress.com, http://www.anadolujet.com, http://www.flypgs.com,
http://www.onurair.com.tr, http://www.atlasjet.com for domestic flights. If we will be able to decide
about common meeting place for most of people or airport then we will also arrange
transportation from these points to Project venue for you not to have any difficulties,
otherwise everybody will be responsible with their own transportation. You can also contact
with us about transportation issues for us to support you during whole process.
WHAT TO BRING
Comfortable clothes and shoes for workshops which we will organize in indoor and
outdoor atmosphere, slippers. Camera if you would like to keep your memories after the
project and laptop you can bring on your own risk. Photos will be taken during project by our
team as well and at the end of the project we will share DVDs with all partner organizations
before departure.
Don’t forget to bring good mood since you will have chance to spend your time during end
of summer for Antalya. Be ready for unlimited fun and party as well.
Traditional food, drink and souvenirs for intercultural night activities. It would be nice to
prepare some interesting presentations of your country but not Youtube videos. You can
teach your songs and dances to all participants when you will have the stage.
INSURANCE & HEALTH ISSUES
The participants are themselves responsible to get a travel insurance. If anyone who uses
medicine should bring with themselves. We don’t give any medicines and we don’t cover
insurance fees.

FOOD
If anyone who is vegan or vegetarian in your group (or who has some allergic problems),
please inform us about this. It is especially important for us to know about
diets/allergies/special needs. We would not like to give kebab to participants who are
vegetarian so we should prepare some alternatives for them from before 😉

We are glad to announce few openings in our SEEDS long-term volunteer program for 2014. Please read carefully the criteria below and send us the documents needed in case you want to apply: 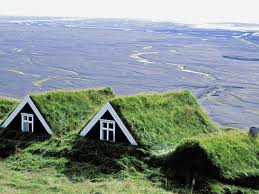 Eligibility: We will apply for support from the Youth in Action Program of the European Commission; which means you are eligible to apply if you are legally residing in one of the 27 member countries of the European Union and you are aged 18 to 30 years old (included) before October 1st 2013.

We will select and choose few candidates to volunteer at SEEDS Iceland for the following projects:

Two places available starting in April 2014, for 12 months. More information about the projects can be found here.

Six places available (4 for International workcamps’ leaders and 2 for Environmental messengers) starting in April 2014, for 6 months.
More information about the projects can be found here.

If you are interested in any or some of these projects and the period of time suits you, please send to us via email BEFORE September 22nd (to evs@seeds.is), ALL the following documents in English:

– CV, Curriculum Vitae
– Specific motivation letter for the project(s) of your interest
– The filled form with a summary of your data and SEEDS questionnaire with additional questions.
You can find the form at: www.seeds.is/files/2013/seeds-evs-candidates-questionnaire-2014.doc

Applications will only be considered if the 3 documents are received fully completed. If you have applied for SEEDS projects in the past, please notice that the questionnaire has slightly changed.

Please state clearly which project(s) you are applying for, your preference and availability of time. Do not hesitate to contact us again in case of questions, comments or remarks. 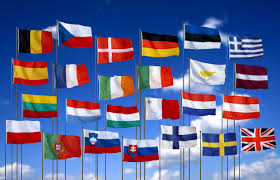 We wish to receive volunteers with reduced opportunities, but who are strongly motivated to perform voluntary activities during the stage, who are willing to learn Romanian, to adapt and to work with young people from urban and rural areas, promoting the principles and the values of the European Union, focusing on the importance of the European Parliament and the vote system.

It would be great if the youngsters who take part in the stage had knowledge of social or political sciences, they knew or wanted to know the electoral system for the European system and wanted to get involved in promoting this information.

Moreover, these youngsters should have the following qualities: punctuality, seriousness, good English language skills, they should be communicative, capable of speaking and make themselves understood by a group of people.

The European volunteers will develop the following topics:

If you are interested in being a volunteer in our Project, we ask you to please send your CV and Motivation Letter to the following email address: sev.apd@gmail.com

The First Objective: increasing the degree of understanding of the youngsters regarding the principles values, institutions and public politics of the European Union.

* The activities proposed to reach this objective:

The second objective: the increase of involving degree of European youngsters, starting from the active citizenship principle and the relationship between the European citizen and the European Parliament.

* The activities proposed to achieve this objectiv:

projects that will address to the poor and rejected young people;

European citizens and the European parliamentary;

The name of the project is:”Solheimar”

We are looking for people that are very interested to take part in our community.

there is an information document about our Sólheimar EVS project and sub-projects.

There is also application form (word document) where are some questions that we like you to answer shortly.

If you have a CV and motivation letter please send it with your application.

If there are any questions don’t hesitate to contact us again.

Please send it to internship@solheimar.is 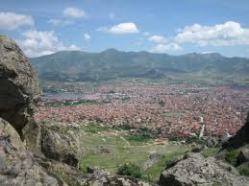 The activities in which the volunteers will be involved, are our regular activities, which are created to help the volunteers’ personal development while they’re providing us their volunteer help.
Namely, the volunteers will work together with our staff, which means it’ll will provide the volunteers the necessary help, basics, introduction and knowledge for the activities, so they would expand their knowledge of active citizenship.
They will have an opportunity to learn and to work with the methods of non-formal education and to be introduced, to learn and to work in the whole process of developing, implementing and disseminating a youth project, especially YiA 3.1. project from our project managers.
The volunteers will get to know more about European awareness and the youth activism through new and old media- web 1.0 and especially web 2.0 from our informatics engineer.
They’ll be provided the technical, graphical, oratory, writing and photography skills from our artists and designers, which can be useful in their future engagements.

The role of the volunteers would be helping the organisation and the staff in the regular activities connected with raising the European awareness of the local community, especially among the young people. This involves spreading all the information using the new media, making the whole EVS action more personal and closer to the future volunteers and also, giving the European dimension to the regular activities.

The tasks are designed in a frame of 30 to 35 working hours per week, Monday to Friday, from 10:00 – 17:00.
In case there are activities during the weekend, the volunteers will be given the next 2 days free.
The volunteers can take 2 days free per month.